About God, Destiny, Luck or what else it may be called 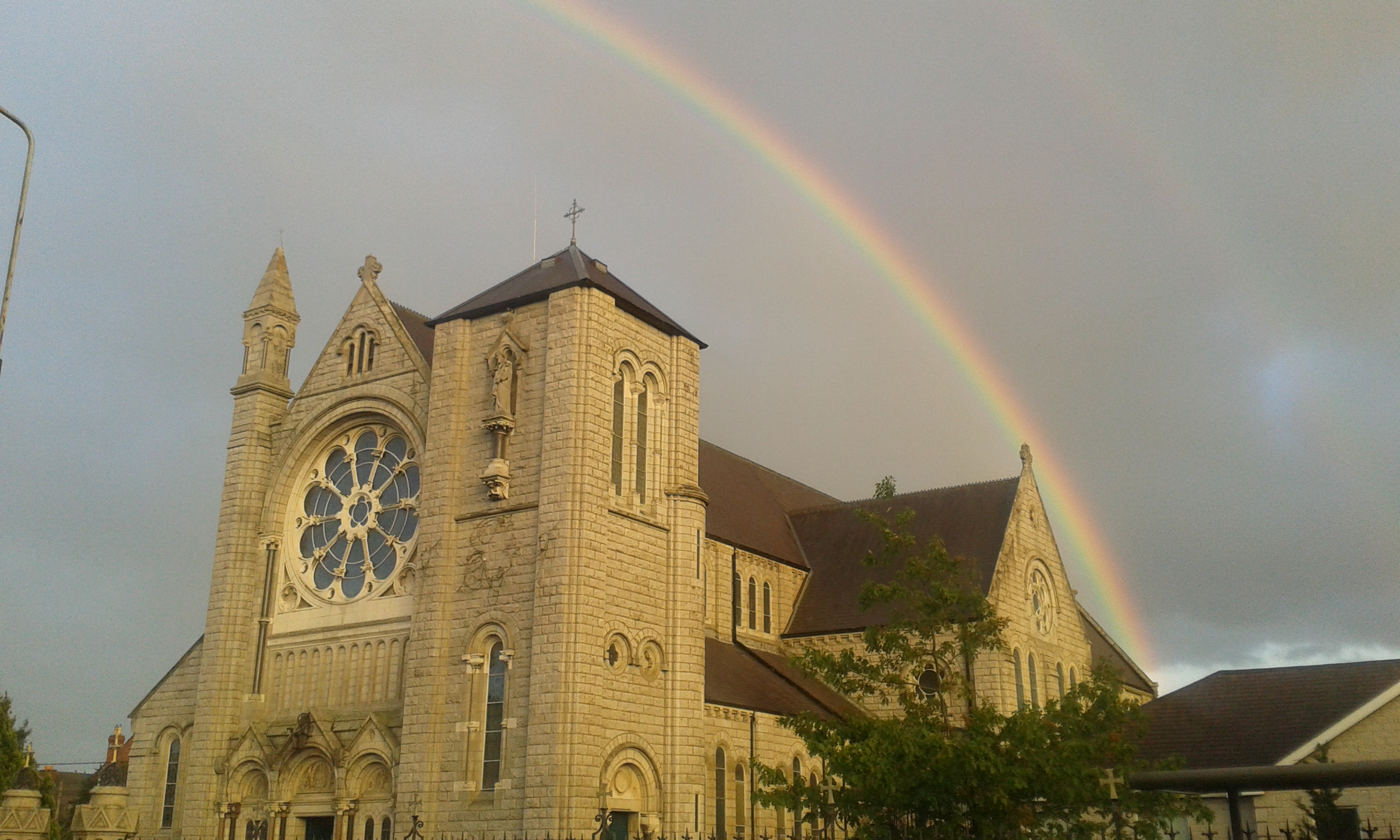 I am not a religious person, but what does that mean? Maybe it is time for me to re-consider old ideas and belief systems. That is what people usually want the Catholic Church to do – claiming it to be outdated. To me however it is completely new, just as the whole concept of a “Higher Power” that guides us and is beyond our control.

Growing up under the influence of the atheist system of the former GDR where religion obviously wasn’t part of my day-to-day life, this concept seemed to be absurd to me for a long time. Even though my parents raised me according to Christian values and taught me a morality based on the Christian faith, Christianity itself only played a role from the historic point of view and not the spiritual one. I was a so called cultural Christian. You would hear people talk about “fate” or “destiny”, but it never crossed my mind to thank “someone” when miraculous things happened, let alone ask for help. But I can see more and more that I need to revise my atheistic attitude that I used to have when I was a teenager.

Lately I am pondering questions like, what is so wrong with turning to a “Higher Power” seeking for hope and strength during bad times? Or, is it really just good luck or chance when things go well without you actually working hard? And the other way around – failing despite trying hard and discovering later that you have only been kept from something that wasn’t meant for you? And wouldn’t it also make things easier if you knew there was a path you are supposed to follow and a place for you to be? Easier to accept things that you cannot change instead of resentfully holding on to them? So it’s then only fair to pause and be grateful instead of taking everything for granted, isn’t it? Whom to address that “Thank you” to and what to call your personal source of strength, is a different story.

All these thoughts didn’t just pop into my head out of the blue. Religion now is part of my day-to-day life: My husband is Catholic and not only according to his Baptism Certificate. He practices his faith with everything that comes with it and relies on God. To be honest, I am a bit jealous sometimes when I see how much he gets out of it. Then why not try it myself?
He, on the other hand, envies me for my natural spirituality as he always calls it. And that doesn’t come out of the blue either, but goes back to a couple of significant, life-changing decisions I made. All I based them on was a gut feeling, completely ignoring my conscious mind, people’s pessimism and my constant fear of taking responsibility and being a grown-up. I am not saying it was easy, but I felt it was the right thing to do and hence trusted things were going to be okay. And I was rewarded – with many positive turns that my life took without me seemingly putting too much effort into it.

Believe it or not

Either I am really smart and always know what the right thing is to do or there is a God. A God who made it possible that I could move to my dream country by getting a job after only sending one single job application. A God that helped me to pick exactly that apartment to live – out of all the rather suboptimal options – where I was going to meet my future husband in a very “traditional” and romantic way. A God that opened up a new career choice to me without me actively being involved which then allowed me to stop living of my savings and therefore continue to stay in Ireland. A God who just like that “gave” me the perfect car and house in the countryside that I always wished for and didn’t think I was going to find it. At least not that quickly anyway and without a single obstacle in our way. Talking of obstacles, there were some huge ones with the planning of our wedding, but even these were cleared up literally last minute and we ended up having a completely different wedding than planned (probably the most spontaneous in the history of Irish weddings), but better than we could have ever imagined.

I could go on like that for a while and people might say “it was just meant to be”. But this leads me back to the questions I mentioned at the beginning: who or what determines which ways our lives go and if we achieve something easily or sometimes fight hard without success because it is apparently not for us? Is there a set plan we are supposed to follow and according to that an external power that leads us? Somewhere we get a resonance from when we do the right things and doubts when we do wrong?
And with me being exactly where I am supposed to be at this point in my life I am looking for an answer who or what guided me to here, I guess.

My “experiment“ started about 2 years ago: my husband and I go to church together and I enjoy our little Sunday ritual. Initially I was joking about it and counted the different churches I went to mass in as some sort of competition. Now I take it more seriously, which means in my case trying to get rid of prejudices and to be open to faith and religion in general. I like listening to the homilies which always include day-to-day issues and things that everybody should be concerned about, no matter if they live Christian lives or not. The time in the church is ideal for me to immerse deeper into the whole religious world and helps me to come up with more questions that I yet have to find an answer to, but which my husband will happily discuss with me afterwards.

Our wedding took place in a Catholic church. Above all I agreed to a religious ceremony because I knew how important it was to my husband. On the other hand I couldn’t think of any reason why I shouldn’t.

In theory I am already on a spiritual journey. In reality it will probably take me a little longer to overcome my old ways of thinking and replace them by new ones – ways that are maybe more in line with the Catholic faith!? God knows ;-)!