Two Weddings and luckily no Funeral 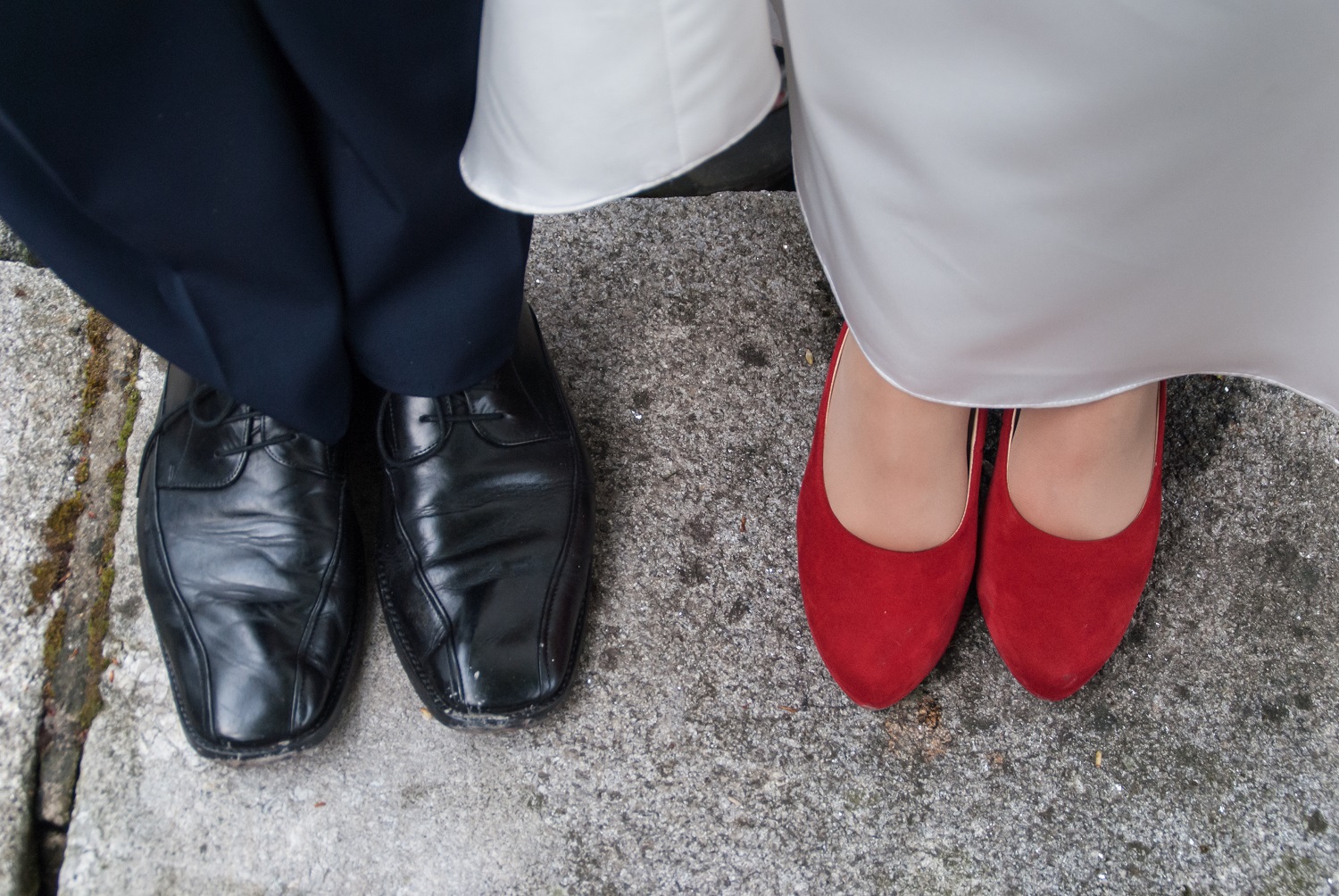 When we tell people the story of our wedding, they say something along the lines of “you should write that down for your grandchildren” – but why wait for so long? 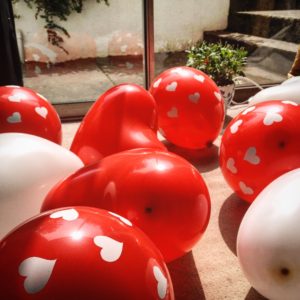 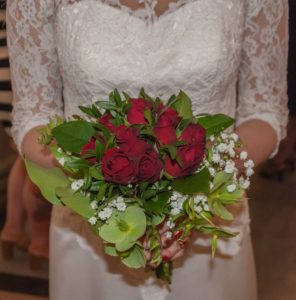 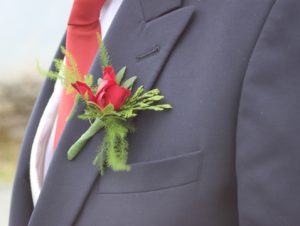 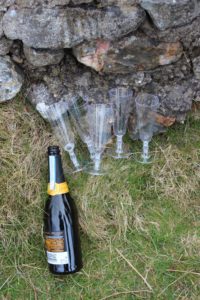 It didn’t take us much time to figure out when and how we wanted to get married: as soon as possible and low key. We quickly found a suitable location, arranged all the details with the wedding coordinator at the hotel, paid a deposit and sent out the invites. The official paper work was the only thing missing, but we didn’t expect a major delay here either – mistake number 1.

Who knew that Ireland could even beat Germany in terms of bureaucracy. When filling in the forms at the Marriage Registration office it was pointed out to us that there might be a small inconsistency in my fiancée’s American divorce papers. In response to our question what this meant and what we should do about it we were told that we had to send the paper work off anyway and wait for the official reply. The official reply took its time and as already expected at that stage the request was turned down due to an inconsistency in the divorce papers. After we had sent in all the apparently missing details that were supposed to solve the problem and a lot of correspondence back and forth, we learned that the application could never have been accepted since my fiancé was no longer a resident of the country where his divorce was granted. This earlier mentioned bureaucracy was eating into our valuable time and we had no choice but to consult a lawyer who specialised in cases like this. After an initial chat to her however we were confident that things would be sorted out soon and well on time for our scheduled wedding date – mistake number 2.

We proceeded to book the accommodation for our guests, who also booked their flights from Germany and America to attend the joyful event. An event which was becoming less joyful by the minute as we were currently looking for my future husband’s ex-wife whom he hadn’t been in touch with for over 13 years. Ironically, as we found out, she had been able to get married again. Nevertheless, we needed her to sign the divorce papers again so that an Irish Judge could validate my husbands American divorce. Our lawyer confirmed that this was all that had to be done and we trusted in her legal advice – mistake number 3.

Two Yeses and one No

About 3 months before our scheduled wedding date – both of us still confident that everything was going according to plan – we found out that something had gone wrong with the legal procedure. Our lawyer was supposed to disclose to the state in advance which approach she was going to take, namely filing for acceptance of the American divorce. Since she hadn’t done that, it was decided in court that the only way to set my “chosen one” free was to get another (but this time an Irish) divorce. Of course this was going to take some extra time and our wedding plans became less likely.

To keep the financial loss at a minimum we cancelled the wedding hotel at that stage and informed our guests about the situation. And as if my own disappointment was not enough, I had to explain to family and friends that they had just booked flights to the most depressing event of the year – a busted wedding.

Day Tour instead of Wedding Celebration

At least we had 2 months left to get over the fact that we wouldn’t be getting married on 7th May 2016. However we would still have the house full of people that had decided to pay us a visit anyway. There was no time for self-pity as we needed to roll up our sleeves to make the most of the situation and enjoy our family and friends coming over. We organised a tour coach and made a reservation in one of Dublin’s best and most traditional Pubs, Johnnie Fox’s. We saw no harm in showing everybody the lovely Dublin & Wicklow Mountains to make sure they would want to come back to our wedding for round 2.

It wouldn’t come to that though. One week before the planned date the Irish divorce was officially through. Whilst too late to re-apply to the Civil Registration Office, let alone to resurrect the previous wedding plans, our local priest supported us in moving forward with the religious ceremony. Knowing that family and friends were about to arrive and might not be able to come a second time shortly afterwards, my husband and I decided to wave good-bye to our originally planned wedding reception and to just go for it. Hence, 3 days from the wedding day we were back in the game…

If you have only got 3 days to organise a wedding basically from scratch, possibilities are limited. One might think that this takes away from the day that is supposed to be the most important in your life. In our case it was the best thing that could have happened to us. Instead of sightseeing for our visitors, everybody got assigned a task and everything fell into place as if it was never meant to be a different way. After this emotional rollercoaster it was so nice to watch how each of our helpers did their part for us to enjoy a great day. Best wedding gift ever!

The most wonderful(ly) chaotic Day of my Life

Our wedding day started for me on a wobbly air mattress, in front of my bed which my friend had been staying in for the last couple of days. A photographer definitely would have had his difficulties finding his way around my cramped, tiny apartment to take pictures of the “bride getting ready in the morning”. Luckily I had my all-rounder Susanne who – besides doing my hair – took the obligatory black and white picture of my wedding dress on the hanger, with the air bed in the background though ;-). I wouldn’t have changed a single thing about that morning. Everything was so perfectly imperfect which surprisingly didn’t bother me at all that day.

In contrast to that the ceremony in the church was absolutely perfect. Just the inner circle of family and friends, lovely singers, my emotional dad who walked me down the aisle, my sister as witness who had done a wonderful job in the last couple of days organising all sorts of bits and pieces, the most amazing priest who made all present feel so welcome and my atheist friend Claudia who helped with that by spontaneously translating his opening words into German.

Our little tourist excursion to Glendalough in the Wicklow Mountains was still on the cards. Only difference – instead of hiking boots and a rain jacket I was wearing a white wedding dress and red high heels. My parents had picked up some sandwiches on the way to church and the coach was loaded with snacks and cans. At one of my favourite spots in Ireland, Sally’s Gap, we had our “wedding reception”. While enjoying champagne out of plastic cups, the first pictures were taken. The sky was looking wild and a few hairstyles got messed up by the fresh Irish breeze, but no one seemed to mind. The moment was just too precious to complain about anything. A little mound overlooking the gorgeous lake down in the valley virtually offered itself for the speech of the bride’s father which turned out just like the day – informal and entertaining. Our official wedding photographs we got taken at the beautiful monastic site of Glendalough and it’s surroundings (thanks again to our photographer Fran!). Back on the coach we had a joyful ride to Johnnie Fox’s Pub, where people were cheering me on arrival – apparently a bride is not spotted very often among a pub crowd on a Saturday afternoon.

The Promise – a never ending Story

My husband and I had made a promise to each other on 7th May, but we also promised to the priest that we were going to hold the legal marriage certificate in our hands soon. Little did we know that it was going to take us almost another year before we could eventually get civilly married. The lady in the Registration Office that we had been dealing with from the start greeted us nervously when we went in to receive the wedding certificate. She remembered us well and this was mutual. The sweat on her forehead indicated that she was at least well aware of our situation and the time we had – more or less patiently – endured to get to this point. Even though it looked like we had finally made it to a Happy End, it was quite challenging for my “almost-offical-husband” to not lose his temper when facing this friendly civil servant again. Well, she couldn’t really be accused of anything, but sticking to a nonsensical regulation and leaving us in the dark about it for too long. However we are all very glad that the final count stayed at 2 weddings, 3 divorces and luckily no funeral. 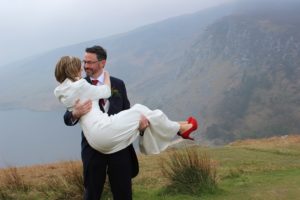 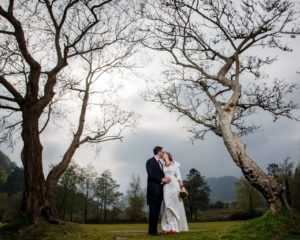 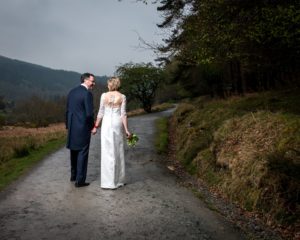