Foreigners of Greystones – Spot the German 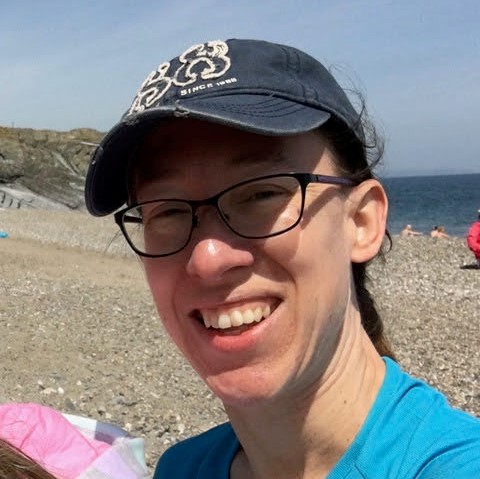 My husband’s theory that you can spot Germans from a million miles away was recently backed-up by a discussion in a forum that I was following. Apparently, they always wear rain or hiking gear of a certain brand, couples even in matching colours. I guess that speaks to the German virtues of wanting to be prepared at all times and lack of spontaneity.

When I was still working in tourism they used the term of “planned spontaneity“ to describe the German target group. I thought that was hilarious, but I could see how it worked as a generalization for their purpose.

Being German myself, I do lack spontaneity, but on the other hand I am not very good at planning ahead. This shows that cliches are not always true, but surely carry some truth.

When I met Anja for the first time in the Greystones Breastfeeding Support Group, I definitely didn’t “spot the German“. In fact Anja spotted me. The giveaway was me speaking German to our 4-month old at the time rather than me wearing an all-weather jacket. Anja was there with her newborn daughter and this is how it all began.

I think it is natural that people of the same nationality are automatically drawn to each other when living abroad. That doesn’t mean I was particularly looking to build my own little German community. However common ground makes it easier to start off in a new place.

Anja had already been living in Greystones for 3 years when I met her and on and off in Ireland since 2007. But to be honest, I didn’t need Anja to find new contacts in Greystones. We just got on from the start. Having newborn babies almost the same age gave us even more common ground than just our nationality.

Last but not least we found out we were living just around the corner from each other. It is surprising our paths hadn’t crossed before. But then we were both working before we had the kids – Anja in her home office and myself in Dublin City. Our children were our connector after all.

On our buggy strolls through Greystones, Anja and I met other mammies. Very soon we had a regular lunch group. (Shout-out to the Beach House for treating us like VIPs every Thursday when we were taking up all the comfy couches with our babas!) From that time on my husband started calling us ‘The Delgany Ladies’ (we live between Greystones and Delgany). He pictured us like some elegant 1920’s women with big hats, parasols, chit-chatting on the beach with our little ones quietly playing beside us. Similarly, Anja’s husband David refers to us as ‘Ladies who lunch’ or ‘Yummy yummy Friends’.

These lovely nicknames by our husbands don’t exactly mirror reality. Often we barely had a chance to finish our lunch with minding the little explorers. We can’t deny though that we always had a great time! When most mammies of our “cohort“ went back to work, Anja and I became even closer because we stayed at home and didn’t return to our old jobs. 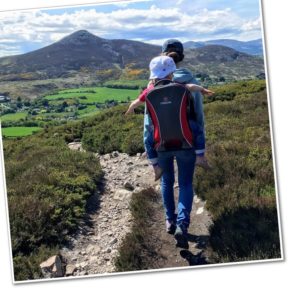 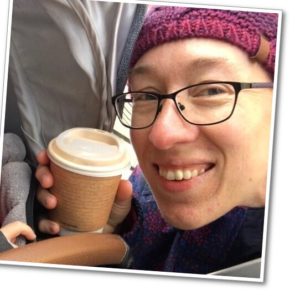 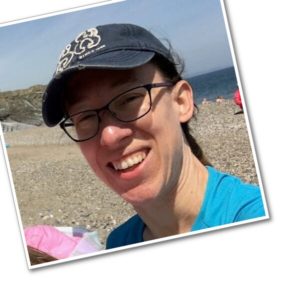 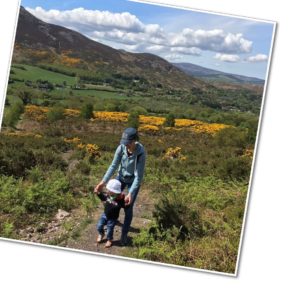 Like myself, Anja is a passionate stay-at-home mommy and her now almost 3-year old daughter and our eldest are best friends. I doubt we would have met without the kids since Anja’s interests differ from mine. Whereas we both enjoy Irish nature, Anja’s is quite an artistic person. An active member of the Bray Choral Society, Anja loves (classical) music. It is her dream to learn how to properly play the piano one day. Besides that and her profession as literary translator, Anja is interested in literature and languages. Well, the latter is another interest we have in common.

We probably wouldn’t have met in Germany either as we are from the opposite sides of the country. Thirty years ago not only the distance would have been significant, but also the huge wall that divided “Anja’s Germany“ in the West and the place where I grew up in the East. We are probably the first generation for whom the German East-West conflict isn’t a thing anymore. It surely has been lingering in the air long after the Berlin Wall came down in 1989. Anyway, not a topic that I want to focus on in this post.

Anja’s description of her hometown or better its surroundings sound very much like County Wicklow where we both now live. Green hills, interspersed with forests and lush meadows. Widely spread nature reserves and remote farms. The so called ‘Bergisches Land’ (literally translated into ‘Hilly land’) is situated between the former industrial area ‘Ruhrgebiet’ and the low mountain range of the ‘Sauerland’. Whilst the name ‘Bergisches Land’ is apt, it is misleading at the same time, since it was named after the Counts of Berg, who was ruling the area in the Middle Ages and not its geographical surface.

Many people are familiar or have at least heard of Cologne with its magnificent cathedral that is not too far from Wermelskirchen, Anja’s hometown. However, it looks like there is much more to explore than just the usual iconic sites of that region. And it wouldn’t be Germany if there wasn’t one of the oldest, highest, most famous [fill in blank].

So how about visiting the oldest drinking water reservoir in Germany? Or the highest railway bridge ‘Müngstener Brücke’ spanning the stunning Wupper Valley in a monumental steel arch reminiscent of the Eiffel Tower? An unrivalled curiosity is the circus baby elephant ‘Tuffi’ who once jumped out of the Wuppertal suspension railway. Whilst visitors can still take a ride in the world’s oldest electric elevated railway with hanging cars, the elephant is long gone, I am afraid.

No visit to Germany would be complete without seeing a medieval castle. You are certainly spoilt for choice here, but if you equally value culinary highlights, then pick Schloss Burg (funnily it literally translates as ‘Castle [named] Fortress’). It is famous for its ‘Bergische Kaffeetafel’ which would be similar to an Irish Afternoon Tea. Just replace ‘tea’ with ‘coffee’ which is here served in a traditional ‘Dröppelminna’ (= antique coffee pot made from tin) and with heart-shaped waffles.

No wonder that Anja and her husband David got married here. Well, not in the castle itself, but the lovely Wupper Valley. I am sure that something “heart-shaped” was involved anyway.

Like in my own story with my husband John, Anja was put into David’s life (or the other way around) by some helping hand. After gaining some experience abroad with her friend to improve her English skills, Anja left Ireland in 2009 after 1.5 years. It wasn’t an easy decision, but she had only intended to stay for 1 year and thought it was time to go back to her family in Germany. Moreover, her plan was to start working as a translator which she had trained for.

However, Ireland wasn’t ready to let her go and put David on the scene. Both fell in love by writing to each other online. Hence Anja didn’t stay in Germany for too long. After she had met David on neutral ground face-to-face for the first time, Anja became a frequent guest in Ireland again. Being flexible as self-employed translator helped with her “jet-setting“ life. In 2014 Anja and David moved from his Dublin City apartment to Greystones and the rest is history.

Due to her excellent language skills and easing herself into the Irish way of life, Anja didn’t really suffer a cultural shock when moving to Ireland for good. The Irish and German life styles are not too different after all. And you know that you are well suited for another country when you consider the bus timetables the biggest challenge.

I have to agree with Anja that it doesn’t make sense to display the times the bus is leaving the terminus at, rather than the departure time from the bus stop like in Germany. On the other hand you can kill some waiting time by working out when the bus is supposedly getting there. Or it gives you the perfect opportunity to pull the “foreigner card” and start a chat with a local.

“Make Friends by Doing your Own Thing“

When I ask Anja what she found most challenging about getting to know Irish people she says: “Actually it was much easier than I expected. Whilst my first friends in Ireland were foreigners themselves, I made Irish friends over time by just following my own interests rather than actively looking for contacts. Hence I met one of my first Irish friends in the choir of Trinity College.“

“The Irish mentality is very welcoming and sociable so that you hardly feel excluded“, Anja continues. “Besides, they are a nation of emigrants themselves and according to my experience the Irish perception of Germans is quite positive. So once you are open to it, friendships will happen automatically“. Even when you don’t use the bus timetable debacle as an icebreaker.

My “Wing Woman“ for Mammy Friendships

Looking back, I can confirm what Anja says about meeting locals. At the beginning however, I found it hard to become part of existing structures. After work (Irish) people went home to their families or went out with their group of friends. I needed a door-opener who already had Irish friends which was my husband John for me. Once you have kids, there are many locals who start from scratch too after leaving their work environment. That really helps. But even then I prefer to have a “wing woman“ for going out. This is how Anja and I made many lovely mammy friends.

“Be Happy or Change“

I am grateful to have Anja as my friend. Apart from the fact that I like spending time with her, she is very positive and optimistic which perfectly counteracts my moody character. Her philosophy of life “Be happy. If you are not happy, change something“ perfectly summarises her life-affirming attitude.

It looks like Anja doesn’t need to change anything in her life right now. Her answer to what she misses most from our home country Germany (except family and friends) includes just minor things that she can easily live without. Hence Anja doesn’t have the desire to return to Germany which suits me just fine.